Comes With the Fall 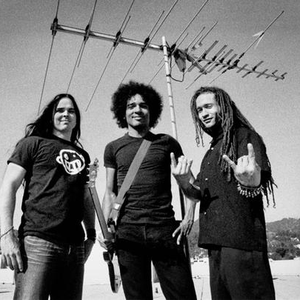 Comes with the Fall is an American alternative rock band from Atlanta, Georgia, formed in 1999. Since 2001, the line-up has been composed of William DuVall (lead vocals, guitar), Adam Stanger (bass) and Bevan Davies (drums, percussion). Nico Constantine was the band's second guitarist before departing in 2001. They served as Jerry Cantrell's backing band in support of his solo album, Degradation Trip, in 2002 while DuVall joined Alice in Chains as lead singer during the band's reunion concerts in 2006, becoming an official member by 2008. To date, Comes with the Fall have released three studio albums – Comes with the Fall (2000); The Year is One (2001) and Beyond the Last Light (2007), one extended play – The Reckoning (2006) and one live album – Live 2002 (2002). Read more on Last.fm. User-contributed text is available under the Creative Commons By-SA License; additional terms may apply.