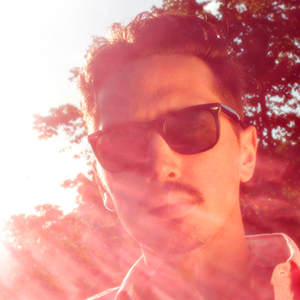 Jeremy Glenn is a singer, songwriter, producer, arranger and engineer. His musical talents were fostered at a young age through his mother’s musicianship and his father’s record collection. During his early years Jeremy attended art school and was introduced to a variety of musical instruments. However his passion for Philosophy eventually overtook his training in rhythm and melody. As Jeremy’s academic phase came to a close, his love of club music drew him into DJing. Compelled to understand the art and science of the music that inspired him, Jeremy returned to school and completed a program at The Ontario Institute of Audio Recording Technology. He taught music engineering for 5 years at Canada’s renowned OIART while he continued to hone his arrangement and production skills. After his tenure at OIART, Jeremy moved back to his home city of Toronto to pursue his music fulltime. He’s currently in the mixing stages of the first Jeremy Glenn album, tentatively titled "Point of You" and scheduled for release in fall 2009. Jeremy is best recognized for the music he produces under his alias MakeShift, and has recently completed his second MakeShift EP due for release on Toronto indie label Pawn Shop Records in spring 2009. Jeremy’s influences range from Motown to Uptown, Soul Jazz to Nu Jazz, New Wave to No Wave, Paradise Garage to Garage Rock and Old School to New School to No School. As an artist he personifies the contemporary music mentality, motivated by all of music’s forms and functions. Singing and dancing are not merely means of employment or enjoyment for Jeremy, but are fundamental to his way of life. Whether making music under his alias MakeShift or alternately as Jeremy Glenn, Jeremy’s production style is truly unique: It comprises the well-crafted components that have long been appreciated by music lovers, as well as individual elements that make his music both dynamic and new. Read more on Last.fm. User-contributed text is available under the Creative Commons By-SA License; additional terms may apply.