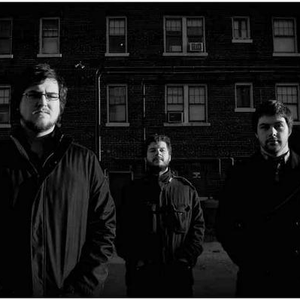 Young Widows is an American band from Louisville, Kentucky, United States. The band was formed in 2006 from the ashes of mathcore group Breather Resist. In December 2005, lead singer Steve Sidoni left Breather Resist, and guitarist Evan Patterson and bassist Nick Thieneman assumed the vocal duties. They entered the studio in early 2006 but found that their sound had changed significantly. They then changed the name from Breather Resist to Young Widows. Preceded by a split 7" with Coliseum, their debut full length titled Settle Down City was released in September 2006 on Jade Tree Records. Citing a lack of interest from Jade Tree, the band later moved to Temporary Residence Limited where they released their second album Old Wounds in September 2008. In late 2008 and early 2009, a series of four split 7"s were released featuring Young Widows and a different band for every split. These were all released by Temporary Residence, and when put together the covers form one 14x14" picture. Original drummer Geoff Paton was replaced by Jeremy McMonigle in 2008. They have toured with bands such as Pelican, Russian Circles, These Arms Are Snakes, Thursday, The Fall of Troy, La Dispute and Daughters. Their third album, In and Out of Youth and Lightness was released by Temporary Residence in April 2011 and sees the band taking their sound in a quieter noise rock and gothic rock-influenced direction. Young Widows will release its fourth studio album titled Easy Pain on May 13, 2014 through Temporary Residence. http://young-widows.blogspot.com Read more on Last.fm. User-contributed text is available under the Creative Commons By-SA License; additional terms may apply.