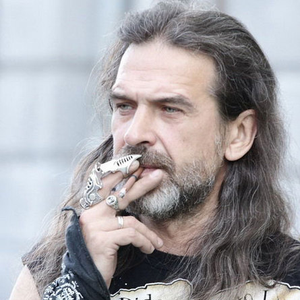 Pavel Yevgenyevich Smeyan (Russian: Павел Евгеньевич Смеян; born 23 April 1957, Moscow, Russia, died 12 July 2009) was a talented Russian singer and actor. He graduated from the Gnesins' State Institute of Music majoring in the saxophone. He played in various philharmonics, and worked in Rosconcert and the Lenkom Theatre. He dubbed and played roles and recorded songs for more than 20 movies and animations including Mary Poppins, Goodbye, There's Good Weather in Deribasovskaya and It's Raining Again in Brighton Beach. He sang in the famous rock operas The Star and Death of Joaquin Murrieta, Juno and Avos. His first songs first appeared on records of the Rock Atelier band in 1981. Later the songwriter released three music albums. Read more on Last.fm. User-contributed text is available under the Creative Commons By-SA License; additional terms may apply.