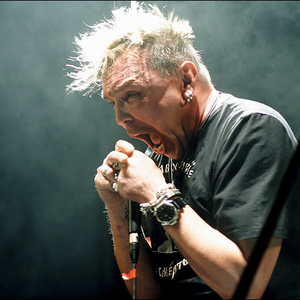 "Neprikasayemye" ("The Untouchables") is russian rock band, featuring songwriter, poet and film director Igor Ivanovitch "Garik" Sukachev as front man. The band was created in 1994, and since then it has become one of the most talented Russian rock bands. Its music style is unique blend of rock'n'roll, tradition Soviet music (especially songs from the 50s), Russian folk songs and many other styles. Heartfelt way of performance, profession musicians, deep lyrics and inimitable charm - that is why Neprikasayemye are loved in Russia and other countries. The band has released 8 albums: "Bryol Bryol Bryol" ("I Was Ploddin' On"), "Nonsense", "Boatman And A Vagabond", "Perezvony" ("Bells A-Ringin'"), "Poetica", "Night Flight", "Front-Line Album" and "The Third Cup". Also it's played a lot of live concerts, including ones with such bands as Deep Purple, Status Quo, No Smoking Orhchestra, as well as live concert on BBC. Read more on Last.fm. User-contributed text is available under the Creative Commons By-SA License; additional terms may apply.