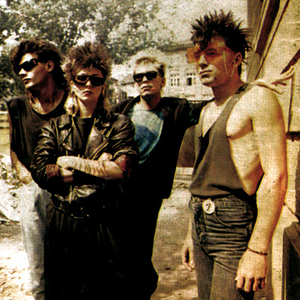 Revyu is a Bulgarian band from the late 80's. It was founded by Vasil Giurov, Kiril Manchev, Boicho Karaboichev and Милена in 1985 in Sofia. Their first album is called "Revyu-ІV.88-V.89" and includes 10 tracks. The Band split up in 1990 and reformed in 2001. The band released the album "10" in 2002. In 2003 Милена quit the band and left for England. Later Kristina Serafimova became Revyu's female vocalist, taking Milena's place. Read more on Last.fm. User-contributed text is available under the Creative Commons By-SA License; additional terms may apply.