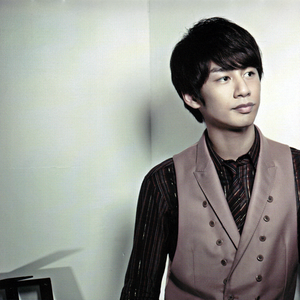 Yūichi Nakamaru (b. September 4, 1983 in Kita, Tokyo, Japan) is a Japanese singer-songwriter, beatboxer/vocal percussionist, actor, television personality and radio host. Nakamaru joined Johnny & Associates in 1998 and became a member of popular J-pop group, KAT-TUN, in 2001. The group officially debuted in 2006 and has 18 consecutive number ones on the Oricon single and album charts to their name. The oldest member of KAT-TUN, Nakamaru diligently began learning the art of beatboxing on his own shortly after the group was formed by studying hundreds of examples from hip-hop albums. His main motivation for doing so was to set himself apart from the rest of the members because he didn't want to be seen as dull. To date, he is the first and only Japanese "idol" to possess, showcase and improve such skills year after year. Nakamaru is also a host of NHK's "Shōnen Club" with 小山慶一郎 (Keiichirō Koyama of NEWS). He also formerly hosted KAT-TUN's own "Cartoon KAT-TUN" until its end in March 2010. Nakamaru is also a budding actor with roles in "Sushi Ōji!", "Rescue" and "Haha no Okurimono". Nakamaru also hosts a radio show with bandmate 上田竜也 (Tatsuya Ueda) called R-One KAT-TUN and with bandmate 田中聖 (Kōki Tanaka), make up a comedic unit called TaNaka (a portmanteau of their surnames). The duo often perform skits together during concerts. Nakamaru is also a songwriter; his known solo songs are "Understandable", "Shooting Star", "My Weather", "Key of Life", "Smack" and "White World", "Answer", and "Film". Nakamaru is currently an undergraduate at Waseda University, majoring in Environmental Studies. Read more on Last.fm. User-contributed text is available under the Creative Commons By-SA License; additional terms may apply.