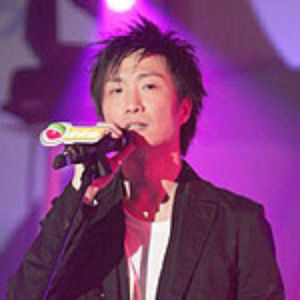 Ronald Cheng Chung-Kei was born on March 9, 1972. His father is Pan-Asian music industry bigwig Norman Cheng, the current chairperson and CEO of EMI, and formerly of the Asia Pacific division of Polygram and then Universal Music. Originally intending to work behind the scenes as a composer and record producer, Cheng did odd jobs at his father’s company—which included doing back-up vocals for the likes of Alan Tam and Priscilla Chan—during summers as a youth. Around 1995 he went with Jacky Cheung to Los Angeles and briefly took music lessons from famed vocal coach Joel Ewing. The lessons were apparently effective, as producers started taking notice of Cheng’s voice and he was signed to a recording contract soon thereafter. Cheng first shot to popularity in Taiwan before returning home and enjoying some success in Hong Kong. However, his singing career went into a lull from 2000-2003 due to the infamous “air rage incident” (more on this later) and has only recently rebounded. Though his heart is in music, Cheng has ironically experienced much more success through acting than through singing. Initially cast in unmemorable roles in films like Twelve Nights (2000) and My Wife is 18 (2002), Cheng finally carved out a niche for himself in comedies with the help of director Vincent Kok. They first worked together in the Lunar New Year comedy My Lucky Star (2003), for which Cheng was nominated for an HKFA Best Supporting Actor Award. Kok then wrote Dragon Loaded 2003 (2003) with Cheng specifically in mind for the lead. The film was a surprise box office hit and Cheng was suddenly hailed as the next King of Comedy. This was followed up with Super Model (2004), in which Cheng got to glam it up and strut his stuff as a male supermodel named Mandom. Cheng’s not-so-secret comedy weapon is dressing in drag, a skill he first experimented with in a TVB variety show called “Laugh Bomb”, and has since mastered in most of his recent films. In the future, however, Cheng reportedly would rather don women’s clothing only when it serves an actual purpose in the script and not just an arbitrary one. Whether or not Cheng will continue to make good on his current status as comedic royalty is yet to be seen, but his future certainly looks much brighter now than it did after that disgraceful day in 2000. On February 16, 2000, Cheng’s life hit a low point when he went on a drunken rampage on an Eva Airlines flight from Los Angles to Taipei, forcing the plane to detour and stop in Alaska. During the flight the intoxicated Cheng apparently became increasingly disruptive and violent, and finally had to be knocked out with a flashlight by the pilot. Though Cheng apologized and eventually reached a settlement with the airline, the damage had already been done. The incident made international news and was followed by increasingly negative HK media coverage, including insinuations that Cheng was a spoiled brat and a womanizer. However, with his star currently on the rise again, the media mainly pesters Cheng about the current status of his relationship with “good friend” Miriam Yeung. Read more on Last.fm. User-contributed text is available under the Creative Commons By-SA License; additional terms may apply.