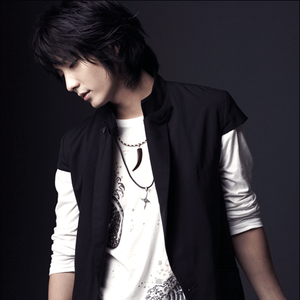 이준기 (Ko) / Lee Jun Ki (RKS) (b. 17 Apr 1982, Busan, South Korea), is an actor who's career began with modelling & was first seen on TV in 2001 (a So Basic fashion label commercial). His first drama appearance was as a dissatisfied teenager in Nan Eotteokhae (What should I do?), KBS drama city series with narrative episodes. He later appeared with a minor role in Star's Echo, another drama. He shot up to fame with the movie The King and The Clown (왕의 남자), where he took on the role of a beautiful entertainer forced to satisfy noblemens' sexual cravings. His character, superbly acted with a face undoubtedly prettier than that of a normal girl's, brought the movie instant success. The movie became the highest grossing movie in South Korean history and unexpectedly replaced Taegukgi (Brotherhood of War, 2004) as the most-watched film in Korean history with over 12 million viewers. Previously a small, barely-known actor, Lee JunKi has become a face and name known to everyone in the country. His next role was as the male supporting character on the Korean drama hit SBS's My Girl together with Miss Korea, Park Si Yeon, stars Lee Da Hae and Lee Dong Wook. His newest work, Fly Daddy which has just been released, has garnered much attention and media coverage due to Lee Jun Ki's overwhelming popularity. Read more on Last.fm. User-contributed text is available under the Creative Commons By-SA License; additional terms may apply.