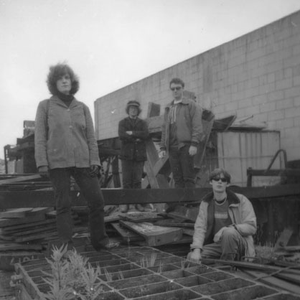 The 3Ds were an alternative pop/rock band from Dunedin, New Zealand, together from 1988 to 1997. The band was made up of: * Dominic Stones — drums, tea * Denise Roughan — bass, keyboards, tambourine, vocals * David Saunders — guitar, vocals * David Mitchell — guitar, mandolin, vocals All had been in other New Zealand bands, Stones was in Snapper and Roughan had been in Look Blue Go Purple. The band drifted apart after releasing their final album, Strange News from the Angels in 1997. Mitchell and Roughan soon moved to London, where they went on to form the Ghost Club. Read more on Last.fm. User-contributed text is available under the Creative Commons By-SA License; additional terms may apply.