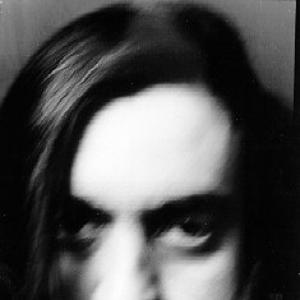 ARHANGEL The band "Arhangel" (Archangel) was founded in February 1989. Its members are Risto Vrtev - lead vocal and author of the music and lyrics; Dragan Ginovski - guitar; Petar Jankov - bass guitar and Dimitar Dimovski - drums and percussion. Thanks to the previous reputation of Risto Vrtev (who wore the crown of "the guru of the Macedonian rock'n'roll") the band immediately raised attention. Its first live performances were at the biggest rock-festivals in Yugoslavia (which Macedonia was then federal republic of): the Subotica Rock Festival and YURM (Yu-Rock State-of-the-Art). The critics and the public were unanimous in their praises. The first album was released in 1991. At the end of that year the editors of 60 most influential rock-magazines and radio-shows voted for their favorites. "Arhangel" was voted "The best debut-album", "The most pleasant surprise", and, also, their album was fifth in the main category. Shortly after the first album's release the war in Yugoslavia started and the band was unable to fully live its success and tour the whole of Yugoslavia, although the gig dates were already set. Their second album release was made in 1993. Even if before there were any doubts, this release finally established "Arhangel" as one of the best Macedonian rock-band. It was followed by the awards "Best live performance" in 1993 and 1994 and many others. The only release in 1995 was the cover-version of Hüsker Dü classic song "Never talk-ing to you again". It was voted the best song and the best video-clip of the year. The international part of "Arhangel"'s career consists of the Czechoslovakia tour in 1990 (Brno, Bratislava and 4 gigs in Prague); the UNICEF concert in Subotica in 1992; the gig at the European Broadcasting Union Rock Festival in Ljubljana in 1994 and the tour in Den-mark at the end of that year; FIAT rock festival in Podgorica, Montenegro in 1996. http://www.myspace.com/arhangelband Read more on Last.fm. User-contributed text is available under the Creative Commons By-SA License; additional terms may apply.