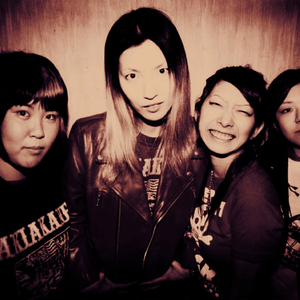 Akiakane are an all-girl punk band from Chiba, Japan signed to Asian Man Records. While their music addresses their own domestic concerns, Akiakane also began to raise awareness of the growing tension between Taiwan and China. Their support for an independent Taiwan from China began several years ago, when former band Softball was invited to perform at the annual Say Yes To Taiwan festival, a series devoted to the independence of Taiwan. In February, with the support of record label Einstein Records, the Say Yes To Taiwan concert series saw its first overseas show in Tokyo. With over 50 Japanese bands declining to perform in fear of political pressure from China, they realized that conservative thinking is not only caused by politicians or the media, but also a lack of participation from common people. Read more on Last.fm. User-contributed text is available under the Creative Commons By-SA License; additional terms may apply.