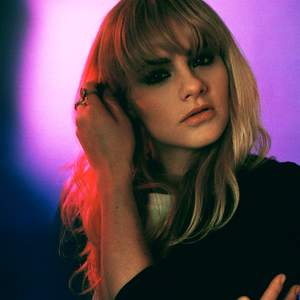 Alice Gold is an English singer-songwriter based in London, UK, formerly signed to Sunday Best, and currently signed to Fiction Records. Her debut single 'Orbiter' was released September 23rd 2010 through Pure Groove Records, with a single launch party at The Drop in leftStoke Newington. The Guardian said it "showcases Gold's mighty voice through its power-pop chorus" and described her as "One to watch". Her second single 'Runaway Love', on Fiction Records and has started to receive airplay on radio stations across the UK, entering the A-List on BBC Radio 2. On the official release date, 18th April 2011, an acoustic EP was recorded live at Toerag Studios where The White Stripes have previously recorded. Alice's debut album 'Seven Rainbows' released on July 4th 2011 and was produced by Dan Carey (Franz Ferdinand, Hot Chip, Lily Allen). In October 2010 Alice was shortlisted for Q magazine's 'Next Big Thing' award. She has toured with Eels, Athlete, Band Of Skulls, Noah And The Whale, The Twilight Singers and has upcoming tour support slots confirmed with The Dears and The Bookhouse Boys. Alice will also be playing festivals in 2011, including Glastonbury, V Festival, T in the Park, Jodrell Bank Live, Kendal Calling and Cornbury Festival. Read more on Last.fm. User-contributed text is available under the Creative Commons By-SA License; additional terms may apply.