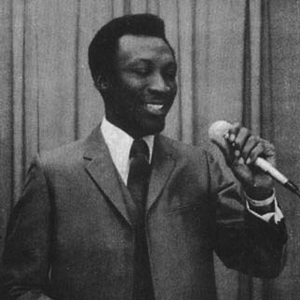 Alton Ellis (born Alton Neamiah Ellis, 1944 in Kingston, Jamaica, died October 10 2008) was a musician best known as one of the innovators of rocksteady music.In 2006, he was inducted into the International Reggae And World Music Awards Hall Of Fame. Ellis started his career in 1959 as part of the duo Alton & Eddie with Eddie Perkins. Ellis and Perkins recorded for Coxsone Dodd at Studio One before Perkins moved to the United States. Duke Reid took Ellis to his Treasure Isle label in 1962. By the mid 1960s, ska was moving on and the beat was slowing down and becoming associated with the rude boy subculture in Jamaican dancehalls. Recording with a backing trio, The Flames (consisting of his brother Leslie Ellis, David "Baby G" Gordon and a musician called Ronnie), Ellis scored big with the hits "Girl I've Got a Date", "Cry Tough" and "Rock Steady", which lent its name to the newer genre. As rocksteady dominated the Jamaican airwaves for the next two years, Ellis continued to score hits for Treasure Isle, working with artists such as Lloyd Charmers, Phyllis Dillon and The Heptones. Ellis has lived in England since the 1970s, and is still active on the reggae scene. In December 2007, he was admitted to hospital in London for treatment of cancer of the lymph glands. He is the elder brother of the late Hortense Ellis, and the father of Noel Ellis and Christopher Ellis, who are reggae singers. Read more on Last.fm. User-contributed text is available under the Creative Commons By-SA License; additional terms may apply.