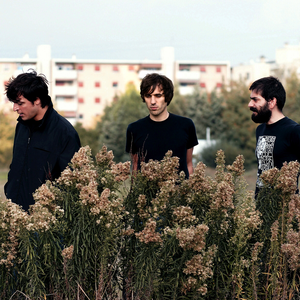 You maybe heard it a million other times, but Altro is one of those bands people either worship or can't stand. With the former slowly outnumbering the latter as each day comes to an end, hipsters being caught saying they kick ass and hearts and minds falling victim of the noisy pop sounds of the boys from Pesaro, regardless of if and how they can play their instruments and sing in tune. Leave that to the posers, and taste the wild abandon of their live shows and the catchiness of their recorded music. Active since almost ten years, they released two demotapes, two self titled 7"s (the white one, and then the black one) with a split with Contrasto in between. We asked them to release a full length, they said "Who? Us? Are you sure?" and then came out with "Candore". After a while -some eighteen months to be accurate- we asked them to do another one and they said "Mmhh... we didn't think about that, you know? Why not?". January 2004, "Prodotto" is in our hands. Altro, ladies and gentlemen. Enjoy. (from http://www.love-boat.org/bands/altro.htm) Read more on Last.fm. User-contributed text is available under the Creative Commons By-SA License; additional terms may apply.