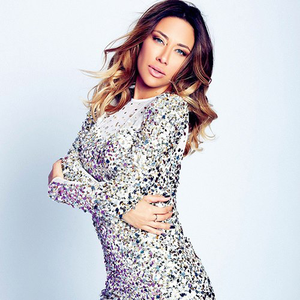 Ana Nikolić (Serbian Cyrillic: Ана Николић) was born on September 27, 1978 in Paraćin, Serbia. She is a Serbian pop/pop folk singer. Her breakthrough album, "Januar" ("January"), was released in 2003. It featured the songs "Hoću da te gledam (dok se ljubiš sa njom)", "Atina", "Ako ikad ostarim", and the title track, which became very popular among fans of pop and pop folk music. In 2006, she took part at "Beovizija", the festival at which Serbia chooses its representative at "Eurovision Song Contest", with the song "Romale, romali". She came second in the final, but became a huge hit in Serbia and other ex-YU countries. Her second album, "Devojka od čokolade'' ("Chocolate girl"), was released in late 2006. The most popular tracks from this album were the title track, "Plakaćete za mnom oboje'', "Dum jedan konjak" and "Klovn". In 2009, she took part at "Beovizija" one more time, with the song "Bili smo najlepši'', but was told that she didn't make it to the final, which turned out to be a technical mistake. Because of that, she eventually refused to sing in the final. However, the song became very popular. In July 2010, she relaesed her third album, ''Mafia Caffe''. Song ''Džukelo'', the lead single from the album, became hit with the album release. Read more on Last.fm. User-contributed text is available under the Creative Commons By-SA License; additional terms may apply.