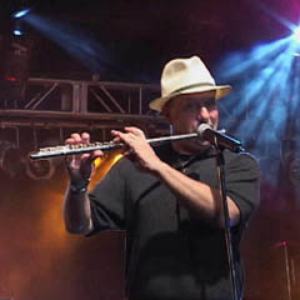 Talented multi-instrumentalist Andy Harlow was raised in a family of Latin musicians; he was the son of bass player Buddy Harlow and brother of pianist Larry Harlow. This enthusiastic performer started playing while attending high school. After achieving a bachelor's degree in Music Education and a master's in Ethnic Music, Andy Harlow was captivated by the saxophone. Learning different techniques, he was soon playing along with Tito Rodríguez, Ismael Rivera, and Tito Puente, among other prominent Latin artists. After participating in Fania All-Stars, Andy Harlow made his solo debut with the release of Sorpresa la Flauta, forming his own band, Latin Fever. He moved from New York to Miami in the late-'70s, assembling a new group called Salsamania, playing Latin jazz and Afro-Cuban rhythms. ~ Drago Bonacich, Rovi His Release Miami Sessions is a must listen for Salsa and Latin Jazz aficionados Read more on Last.fm. User-contributed text is available under the Creative Commons By-SA License; additional terms may apply.