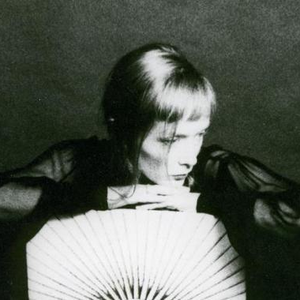 Anna Domino (born Anna Virginia Taylor) is an American, Tokyo-born indie rock artist who has released several albums under that moniker, notably for Les Disques du Crepuscule and Factory Records. Notable performers Domino has collaborated with include The The, Blaine L. Reininger and Virginia Astley. She is also one half of the duo Snakefarm. Additionally, she sang lead vocals on the song "Here In My Heart" by The 6ths on their album Wasps' Nests. Her stage name is a play on the term Anno Domini, and an American sugar brand. After a series of enjoyable singles and EPs, Anna Domino's first proper album as such was a sharp, fun treat. Working with Marc Moulin of Telex and Alan Rankine, formerly of the Associates, Domino kicked up her heels in a series of songs both of the '80s and beyond it. The arrangements place songs like "Drunk" and "Not Right Now" at a certain time -- then state-of-the-art drum machines and synth bass, for instance -- but Domino's ear for singing and pop fascinations of other times did the trick. Her voice is low and moody without being smoky as such -- it's not rough but neither does she coo -- and she keeps an easy feel going in her music, with plenty of finger-snapping, hip-swinging grooves. When she goes "modern," as on the sparkling "Caught," it's just as intriguing, an argument against seeing her simply as a revival act. If an inexact parallel could be drawn, Anna Domino almost suggests a companion album to early Sade -- there's the same calm coolness that's not dull, one where silence and space rather than a wall of sound is crucial. Everything but the Girl is another obvious reference point -- perhaps unsurprising considering Ben Watt was due to do some remix work for Domino a couple of years beforehand. "Rythm," the intentionally misspelled single that had surfaced a year before, kicked things off with a jazzy feel that found an unexpected midpoint between Tracey Thorn and Laurie Anderson, swinging pop with a sly, wry cast. The left-field inclusion is an inspired remake of Smokey Robinson's "The Hunter Gets Captured by the Game," given a slight lovers rock undertow to mix with Domino's general approach. The LTM reissue of the album in 2004, as always in keeping with the rest of the label's work, contains various B-sides and an Arthur Baker remix of the jaunty "Summer" as bonus cuts. Read more on Last.fm. User-contributed text is available under the Creative Commons By-SA License; additional terms may apply.