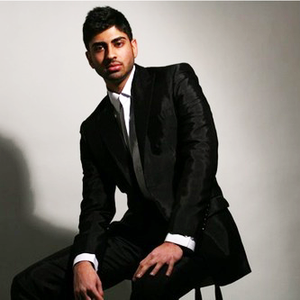 What initially began as a stint on American Idol, Anoop Desai’s musical career has since skyrocketed over the past couple of years. The North Carolina native has captivated audiences everywhere with his irresistible vocals and modern approach to songwriting. Anoop’s debut EP, All is Fair broke #14 on iTunes pop charts in 2010, completely independent of a major label. A year later, Anoop relocated to Atlanta, GA to work on a mixtape entitled Zero.0. The project was a result of the collaborate efforts of several Atlanta-based, Grammy-nominated musicians and producers. Executive produced by DJ Trauma, Zero.0 was exclusively premiered on Billboard as a free download and hailed by several publications such as USA TODAY and Popcrush. Moving forward with a driving momentum, Anoop has since evolved from his days as a college student and Idol contestant. Anoop has since taken the reins on developing his own style of music by producing a sound that embodies his growth as an artist. Looking to further showcase his boundless vocal abilities, Anoop teamed up with Atlanta-based producer/DJ ADHD to create a unique project and a new sound. The result is a new EP entitled 3 Cheers that is set for release on November 20th. Infusing the energy of electro with pop driven melodies, 3 Cheers is a dance gem that cross over genre boundaries. “The record is all about being young and having fun,” says Anoop. “It’s about being displaced, but in a way that makes your explore”. Anoop penned the title track, “3 Cheers,” while reflecting on his freshman year at UNC Chapel Hill. Noting typical college antics, such as attending frat parties and sneaking into bars, “3 Cheers” serves as an anthem to students coming into their own and having the freedom to find their own path. From the bombastic electro-pop rhythms of “Love War” to the dubstep infused “Rocket Man”, Anoop, along with ADHD, presents an exciting new story at the nexus between pop and electronic dance music. The album boosts a strong sense of individuality and acts as an awakening for an artist previously thought of as solely an R&B/Pop crooner. Playing off of his different experiences within the music industry, it is Anoop’s evolution and experimentation as an artist that has produced this EP. “I’ve gotten better and I’ve grown…expanding your horizon becomes a part of your style,” says Anoop. Fans can look forward to this new release as 3 Cheers stands to champion the diversified sounds of EDM. Read more on Last.fm. User-contributed text is available under the Creative Commons By-SA License; additional terms may apply.