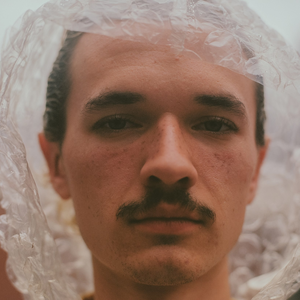 Multiple artists are known as Arthur. 1. Arthur's (Arthur Shea's) unique take on lo-fi psych is cathartic, intimate, and whimsical in its offering. Throw in solid songcraft + imaginative writing, and you got a new voice on your hands. https://soundcloud.com/arthurrrrrrrrrrrr https://plzmakeitruins.bandcamp.com/album/challenger https://www.facebook.com/pg/ARTHUR.Music123/about/?ref=page_internal 2. Arthur are a DIY indie/punk band from Greenville, SC. Influenced by 90's emo and a DIY ethic, Arthur's sound is comprised of melodic guitar parts and heartfelt lyrics sung passionately. Buy their cassette from Get Better! Records or download at http://arthurgvsc.bandcamp.com/releases 3. Arthur were an unsigned British indie band from Fleet in Hampshire, U.K. Formed in 2005 by 5 friends from school, the band recorded their debut 4-track demo, "The Blue EP" and began playing local gigs. Whilst completing their A-levels, the band recorded their second demo, "Floating On Clouds EP" and began playing larger venues. In 2007, the band recorded 2 singles themselves, "Complications" and "Last Night Honey." They toured the UK in support of their "Cinderella Story" EP. Arthur also recorded tracks (produced by Adam Crisp of Elle Milano fame). New songs: "Serial Killer Sunday," "Come To Church With Me," and "Shakespeare Song are on their Myspace and the official Arthur website The official forum for the Fleet band can be found here. Arthur's singer, Hannah Shark, also continues to producer her own solo music apart from Arthur. Arthur decided to call it a day on Wednesday the 22nd of July 2009 citing personal differences. The last two recorded songs, produced by Adam Crisp, "Wonder Weapon" and "Russian Rouletters," are on their MySpace page. 4. Another artist using the "Arthur" name is Arthur Mafokate is a South African kwaito musician and producer, his proper Last.fm artist page is Arthur Mafokate. He is considered to be one of the pioneers of the Kwaito music genre. Mafokate was born in Pimville, Soweto and his family later moved to nearby Chiawelo, also in Soweto. There Mafokate's dreams of becoming an entertainer and musician began to be realised. As an accomplished dancer, he became a backing dancer for top artists such as Brenda Fassie, Son of Monwa & Son fame and Johnny Makholi. As an accomplished dancer, he became a backing dancer for top artists such as Brenda Fassie, Son of Monwa & Son fame and Johnny Makholi. Through dancing he was able to be closer to his dream of being a musician as it allowed him to get a feel of the atmosphere on stage and to work with established musicians. He is credited with creating the first kwaito hit with his 1995 song Kaffir. 5. Arthur is a podcast featuring conversations between Martin Degrell and interesting people from the world of arts, comedy, entertainment, academia, and everything in between. Half of the episodes are in Swedish, the rest in English. You'll figure it out! 6. Arthur was also used as a side project of MxPx featuring all three members of MxPx and their tech assistant. They released an EP called Loneliness Is Bliss. The band members went by their middle names: Arthur (where the band name came from), Edmund, Zane, and Alexander (Mike Herrera, Tom Wisniewski, Yuri Ruley, and Neil Hundt, respectively). Over 10 years after the creation of the band and the release of Loneliness is Bliss, the band released a full length album called Watch the Years Crawl By which was released on December 7th 2010. INACTIVE 7. Folk, Rock, singer-songwriter Arthur Lee Harper billed himself simply as Arthur (no last name) on his first album, 1968's Dreams and Images, and then as Arthur Lee Harper on his second and last, 1969's Love Is the Revolution. It's the same guy who did both records, and he most assuredly has no connection with the famous Arthur Lee who led the group Love. Arthur, or Arthur Lee Harper, was as mild-mannered a folk-rock, singer-songwriter as there was in the late '60s, singing sad songs that emanated fearful uncertainty, as well as slight airs of self-pity and disengagement. His song, Eleanor is included on the Lammas Night Laments compilation. 8. Arthur was an indie, rock outfit from Brighton, United Kingdom, in the early 1990's. There are 7" singles released on Brighton based Target Records. Members were: Darren Tabone, Sean Sullivan, Rob Colley, Andy Jackson and Steven Carter. 9. Arthur was a long-running American and Canadian educational television series for children, that airs on PBS in the United States; Radio-Canada, Knowledge and TVO in Canada; ABC1 in Australia and BBC One in the UK. It is aired internationally in 82 countries and broadcasted daily across 325 PBS stations in the United States alone. Read more on Last.fm. User-contributed text is available under the Creative Commons By-SA License; additional terms may apply.