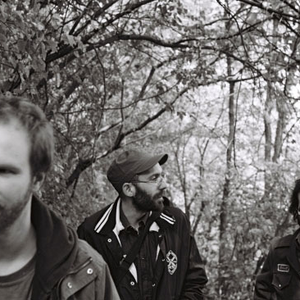 Avec pas d’casque is a folk band from Montreal, Quebec. It's composed of Stéphane Lafleur (guitar), Joel Vaudreuil (drums) and, since 2008, Nicolas Moussette. The group's name comes from a phrase from John Dion, a sports journalist for Le Devoir, who used the phrase "Avec pas d’casque" to speak of a hockey player playing without a helmet. Avec pas d’casque has passed the 500 copies mark for their self-produced first album, recorded at home in 2004 and sold at their concerts. Their first official disc, Trois chaudières de sang, is released on a local label, Dare to Care, in May 9 2006. In 2008, with the addition of Nicolas Moussette, Avec pas d’casque launches its second album, Dans la nature jusqu’au cou. This last album is released on the Grosse Boîte label a french division of Dare To Care. Read more on Last.fm. User-contributed text is available under the Creative Commons By-SA License; additional terms may apply.