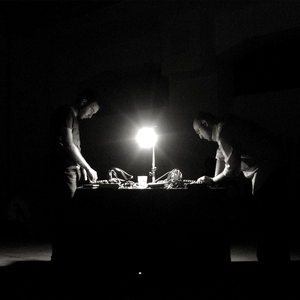 There are at least four artists which use this name: 1. A collaboration between Giuseppe Ielasi and Nicola Ratti, formed in 2006. 2. The bedroom-pop recording project of Brookyln-based musician Oliver Kalb, formed in 2010. 3. An experimental indie folk rock project founded by Greyson Charnock in 2010. 4. A Providence, RI-based experimental project. 1. Bellows is an Italian-based project, comprising the duo of Giuseppe Ielasi and Nicola Ratti, and was formed in 2006. The two have put out three albums on labels such as Kning Disk, senufo editions, and Entr'acte. They have at times employed guitars, turntables, tape loops, CD Walkmen, CDJs, turntables, and various electronics to make pieces that vary from drone to musique concrète to glitch and other electronic concoctions. 2. Bellows is the Brooklyn, NY based bedroom-pop recording project of Oliver Kalb. The first Bellows album, "As If To Say I Hate Daylight" was recorded using one microphone, using natural and acoustic sounds that came out of the woodwork of the floor in my house. "Daylight" is an album about freezing to death and thawing the ice to be summoned back into existence. Bellows is also part of the Epoch collective, featuring members of Told Slant, eskimeaux, Small Wonder and Sharpless. 3. Bellows is an experimental folk rock project and art platform envisioned by Greyson Charnock in the late summer of 2010. Incorporating Sean Boyle’s sweeping drum patterns and Patrick Dunn’s effortless funk bass and classical piano, Bellows crystalizes into their full sound. From the Salty Western Coast to the Swampy Center of Florida, Bellows draws their inspiration; weaving compositions, and painting sound-scenes with a likeness to the ebb and flow of the inevitable tides. Using texture and dynamic the band brings you along with them on an experiential journey through their live performance. 4. Bellows is an experimental doom/drone/free-jazz band based in Providence, RI who put out one self-titled, self-released album in 2009 as well as a tape on Austrian label Noise Park Activities in 2010. Read more on Last.fm. User-contributed text is available under the Creative Commons By-SA License; additional terms may apply.