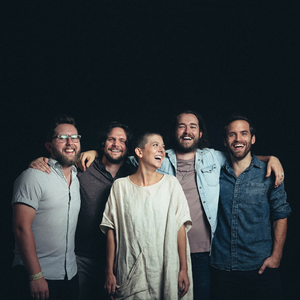 Birdtalker is an American indie folk music based in Nashville, TN. The band is made up of Zack and Dani Green, Andy Hubright, Brian Seligman, and Jesse Baker. Zack and Dani were married in 2012 and soon after their wedding tried writing a couple songs together. They liked it, so they wrote a couple more. Andy, a friend from college and very talented drummer, was into the songs and started beating on stuff while Zack and Dani played them. It sounded good. While these 3 were playing the songs at Shakespeare in the Park one August afternoon, Brian became interested in adding his immense talent to the mix as well and began playing along with mandolin and guitar. It sounded even better. Birdtalker as these 4 members wrote and practiced for about a year when yet another talented friend and Birdtalker's biggest fan, Jesse, expressed interest in lending his bass sounds to the band. It is the combination of each member's specific offerings that gives Birdtalker the life and sound that it now possesses. And it doesn't hurt that they all like each other a heck of a lot, too. Zack and Dani write songs as a way to share ideas they care about and sentiments they feel deeply. Playing music has proven to be a powerful avenue for connection and communion, within the band as well as with listeners. Birdtalker's hope is simply that the more music they write and share, the more true and vulnerable interactions may be born from it. Read more on Last.fm. User-contributed text is available under the Creative Commons By-SA License; additional terms may apply.