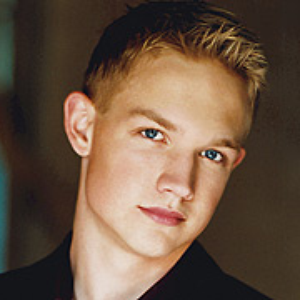 From the very first note of his new album, Not Too Bad, there's no doubt where Blaine Larsen stands on making music -- his own kind of music. Each song is marked by an easy confidence and a sound that is unapologetically country. With two studio projects already under his belt at age 23, the Washington state native is now more focused than ever on making music that will sound just as good in the decades to come as it does today. In short, Blaine is an artist whose music will never go out of style. "I'm not gonna be the guy that's out chasing whatever's hot right now and following someone else's lead," Blaine explains. "Styles will come and go, but I feel like the kind of music I'm making will always be around." A big reason for Blaine's resolute sense of direction on this project comes from some major experiences he's been through lately. The powerful lead single "It Did" closely mirrors Blaine's own journey over the last three years -- marrying his wife Sammie and welcoming their first child Zoe last year. Those events also influence Blaine's performance of the album's title cut, "Not Too Bad for a Good Old Boy," and the playful "Baby You Get Me." "They always say in music that the more experience you've got, the deeper you can go. I think that's showing up on this record. There's stuff I can sing about now that I wouldn't have been able to do before because I hadn't lived through it." Blaine's newfound perspective also shows up in his performance of "Never Gonna Feel That Way Again" -- telling the story of a high school football player realizing the surprising joy in unexpected fatherhood -- as well as "Some Day When I'm Old," which takes a humorous look at what the golden years will look like. Perhaps the biggest musical surprise on the project comes in the tune "Leavin'." It's easily the most dynamic performance Blaine's ever put to tape. "'Leavin' is a really rocking song. You can't really tone it down, and it shouldn't be toned down. It ended up being one of my favorites because it was just so different for me." When it came to recording Not Too Bad, Blaine's vision was quite clear on the style of music he wanted and which Music Row session guys could help him pull it off. The same tight group of ace musicians played on the entire album, giving it a unified sound. In the process, Blaine grew as a musician himself and even took the lead guitar part on the album's mid-tempo standout tracks, "What's Not to Love" and "Never Gonna Feel Like That Again." "I've always played guitar on my own stuff in concert, but I've never really played much on the record until now . Our guitar player Brent Mason didn't have time to do these songs in the studio. I just said, 'Why don't I just do it.' I'm not a virtuoso, but I know what I like and I can play what I hear in my head. I'm good at playing my own stuff. I had the most fun playing guitar on this record." While making Not Too Bad has been the experience of a lifetime for Blaine, one recent accomplishment just might trump it on his list of career milestones. In the process of making his latest record, Blaine's also been establishing himself as a songwriter in Nashville, and he's already taken the holy grail for any Music City tunesmith -- a George Strait cut. Blaine co-wrote "I Gotta Get To You," which is included on Strait's 2009 release Twang. "I found out George had cut it on a Friday morning while driving in my truck. I remember pulling over on the side of the road and crying like a baby. Having George Strait cut my song -- that's done. Nothing or no one can take that away. That's something I'll be telling my grandkids." Amazingly, the Strait cut is the first time Blaine's had one of his songs cut by an artist other than himself, but he's no stranger to country's A-list when it comes to performing. Tours with the likes of Brad Paisley, Rascal Flatts, and Kenny Chesney have put Blaine in front of country music's biggest audiences in the past few years, and that excitement of performing live is a big part of what keeps Blaine in the music business chasing this crazy dream. "It's an adrenaline rush beyond anything you can imagine. It's kind of like a roller coaster. It's those good nights onstage that keep you going and remind you of why you love making music. When I'm performing live, I know this is what I'm supposed to be doing, and I'm where I'm supposed to be." Of course, it's Blaine's fans who give him those amazing nights onstage. It's often said that country fans are the most loyal on earth, and Blaine has experienced that loyalty first hand. "Saying thank you to those people just isn't enough because they keep me employed and pay my bills. It's great to get this new music out to them because they've been waiting for a long time. There's a lot going on that I've haven't been able to share with people until now. I promise them, it's going to be worth the wait." Read more on Last.fm. User-contributed text is available under the Creative Commons By-SA License; additional terms may apply.