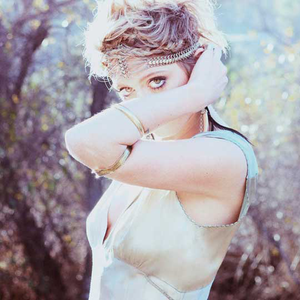 Bo Bruce is a British singer-songwriter. Born in Wiltshire, she is the daughter of the Earl of Cardigan and is herself titled Lady Catherine Anna Brudenell-Bruce. Bo appeared on Channel 4's Orange unsignedAct in 2009, where she finished in fourth place. Bruce has performed frequently and in December 2010 she independently released a self-written EP, entitled Search The Night. In 2012 Bo was invited to audition for the BBC talent show The Voice UK. In her blind audition Bo sang the David Guetta and Usher hit "Without You". Coaches will.i.am and Danny O'Donoghue turned round in a bid to add Bo to their teams. Bo opted to join Team Danny as she felt that she and Danny had the most in common. In her first live show on 5 May 2012, Bo sang "Running Up That Hill" by Kate Bush. Bo received praise from all four coaches and was voted through to the next round of the competition with the viewers' vote. Bruce received the praise of the songwriter Kate Bush, who posted a message to Bo on Twitter, Facebook and katebush.com. In the statement Bush congratulated Bruce on her "fantastic performance". Bush also stated that she thought Bruce's performance was "really beautiful and moving" and also said that she "felt so proud of Bo". Eventually making it to the final of the show on 2 June 2012, Bo sang three songs. The first was "Nothing Compares 2 U". After that she sang with her mentor Danny before Vince Kidd was announced as the act in fourth place. Bo went on to sing her favorite song of the series, "Charlie Brown" by Coldplay. Bo was announced as a runner up alongside Tyler James to winner Leanne Mitchell. Her debut album, Before I Sleep, was released on 29th April 2013. Read more on Last.fm. User-contributed text is available under the Creative Commons By-SA License; additional terms may apply.