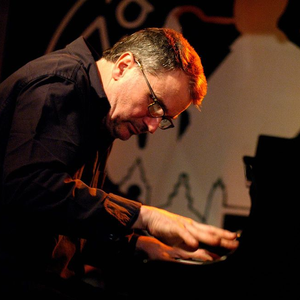 Bo Gustav Stenson (mostly known as Bobo Stenson, born in 1944) is a Swedish piano player and jazz musician. Stenson was noted as early as 1963, when he stepped up from the local scene in Västerås to start playing frequently in Stockholm, where he accompanied a long line of visiting American players including Sonny Rollins, Stan Getz and Gary Burton. He also worked closely with Don Cherry from the beginning of the trumpeter's residency in Scandinavia. The 70's was an intensive period for Bobo Stenson, playing in innumerable constellations, amongst them the long-standing band Rena Rama with Palle Danielsson and a very popular trio with Arild Andersen and Jon Christensen, later also with Jan Garbarek. In 1988, he jointed the Charles Lloyd Quartet and since 1996 appeared at major jazz festivals with Tomasz Stanko's Septet/Sextet. Read more on Last.fm. User-contributed text is available under the Creative Commons By-SA License; additional terms may apply.