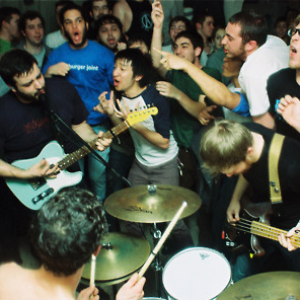 Chicago’s CSTVT (formerly Castevet) is band that combines the upbeat passages of midwest punk rock with intricate guitar work and shouted, but melodic vocals. Drawing inspiration from bands like American Football, Small Brown Bike, Appleseed Cast, and Braid, CSTVT has taken these influences and created a sound of their own. Their first full length, 'Summer Fences' was released on Count Your Lucky Stars records in June of 2009. A follow-up LP, 'The Echo & the Light' was released June 12th, 2010 on Tiny Engines records. It was released on CD in Japan via StiffSlack Records. In August 2010, CSTVT released a split 7” with Into It. Over It. on Topshelf Records. Since signing to Run For Cover Records, CSTVT released a self-titled tour 7”, and a track on "Mixed Signals." Read more on Last.fm. User-contributed text is available under the Creative Commons By-SA License; additional terms may apply.