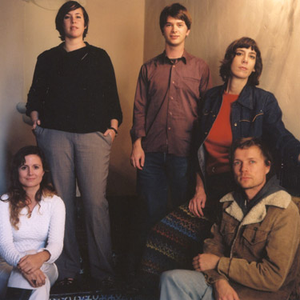 Call and Response are a musical ensemble hailing from the Bay Area, California. The music they compose is filled with rhythm, harmony, and warmth. Elements of classic pop, spacey jazz, film soundtracks, folk and soul music are only some of the musical inspirations drawn upon by the group. Call and Response formed in 1998 when Simone Rubi (keyboards, vocals) and Daniel Judd (guitar), who shared a love of obscure pop music, film soundtracks, and synthesizers, decided to collaborate on a musical project in their hometown of Santa Barbara. They began writing songs and soon Simone asked one of her oldest friends, Carrie Clough (vocals), to lend her harmonic skills to the group. A year later they relocated to Oakland where they met Terri Loewenthal (bass, vocals). Terri, a Florida native, impressed them with her fluid bass playing and ability to harmonize vocally. In need of percussion, they chanced upon Jordan Dalrymple (drums) an accomplished musician from San Diego, living in Berkeley. The five immediately became close friends and a productive song writing team, each lending their individual talents and insights in a uniquely democratic fashion. Call and Response finished recording a new album in January 2004. With this record, the band innovates a sound that is impressionistic, mystical, and beautiful. The 10 song album entitled Winds take no shape, will be released in June on Badman Recording Co., who have released albums by Mark Kozelek, Rebecca Gates, My Morning Jacket, and other talented artists. The Call and Response self-titled debut album from 2001 on Emperor Norton Records gained international recognition and received positive reviews from National Public Radio and the Washington Post. Reviewers drew comparisons to the Sea and Cake, Heart, the Jackson 5, Gal Costa, Brian Eno and Stereolab. Read more on Last.fm. User-contributed text is available under the Creative Commons By-SA License; additional terms may apply.