City of the Lost 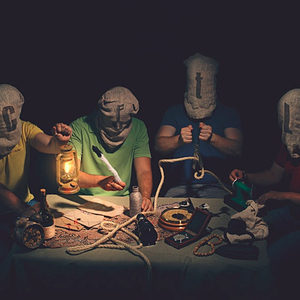 Bandcamp|YouTube|Facebook official website: http://cityofthelostband.com City of the Lost is a Russian instrumental progressive rock/post-metal band, that was formed in Moscow (November 15, 2010) by composer Grigoriy Kolokutin. The first full-length album «At the Edge» represented the first chapter of the general concept in the work of the band. It tells about the journey in the post-apocalyptic world of the future after a man-made disaster, that was caused by the irresponsible actions of mankind in the present to find the lost ark-city. The story about a journey of Key Keeper through the snow-covered northern lands continued in the second album «Wild Wind Blows». Now City of the Lost recording the third LP, which will continue the storyline of the previous chapters. In short, you can find concept on official website. Discography: Bridges to Nothing (2016) - Chapter III Colors Fade in Me (2016) In the Depth of Mire (2016) Wild Wind Blows (2014) - Chapter II At the Edge (2013) - Chapter I Birds of Tartary (2012) Life Long Novel (2011) Read more on Last.fm. User-contributed text is available under the Creative Commons By-SA License; additional terms may apply.