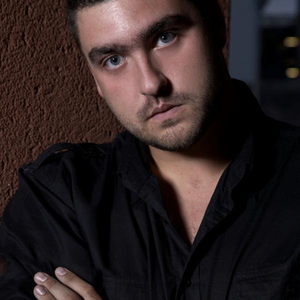 Mike Di Scala of ’Ultrabeat’ and Steve Grimes of ’The Farm’ met in 2003 to record some original dance songs influenced by the likes of Lasgo & Ian van Dahl. Steve had been writing with Christophe from Ian van Dahl for a Norwegian gospel singer Ingfrid Straumstoyl and asked her to sing on the new tracks. They recorded ’Here I Am’ b/w ’Angel’ for BCD Records then a third track ’I Adore’ also on BCD was signed by ’All Around the World’ in 2004. It was a club hit and the different mixes appeared on several compilation albums, also that year they got together with Lee Butler for Mike to remix the Farm’s hit ’All Together Now’ for the England football team which was released on BCD as the official dance 12" and also appeared on ’Clubland 5’. In 2005 a hardcore mix of ’I Adore’ came out on Raver Baby and in 2007 the KB Project put a scouse mix out on Bouncin’ Tunes. In 2006 the hardcore version of ’Never Too Late’ b/w ’Close To You’ was included on another Raver Baby release along with Darren Styles ’I Will Be’. Earlier this year the track was signed to ’All Around the World’ and is available now as a double 12" promo. Read more on Last.fm. User-contributed text is available under the Creative Commons By-SA License; additional terms may apply.