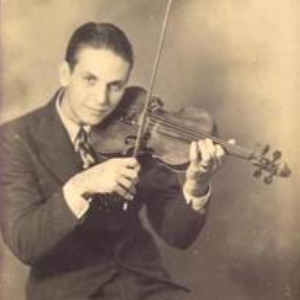 Cliff Bruner (Clifton Lafayette Bruner, April 25, 1915 — August 25, 2000) was a fiddler and bandleader of the western swing era of the 1930s. Bruner's music combined elements of traditional string band music, improvisation, blues, folk, and popular melodies of the times. Bruner was born in Texas City, Texas, and spent most of his childhood near Houston. He learned to play fiddle, and traveled with medicine shows to begin his musical career. Milton Brown's Musical Brownies drafted Bruner in 1935. Bruner played with the ensemble's classically trained fiddler Cecil Brower to create the memorable double fiddle sound of Milton Brown's group. Bruner recorded with Brown's group on the Decca music label, until Brown was killed in an automobile accident. This ended Bruner's involvement in the group. After the incident, Bruner formed the The Texas Wanderers. This band included Bob Dunn on electric steel guitar, Leo Raley on mandolin, J.R. Chatwell on fiddle, Dickie McBride on guitar and vocals, and Moon Mullican on vocals and piano. The Wanderers recorded on the Decca and Mercury Records labels. His songs had a special southern characteristic including songs about truck driving, lost love, the draft, and ill repute. Cliff Bruner is an "unsung" star of the little-noted Country music charts that appeared in Billboard prior to 1944. His hit It Makes No Difference Now spent twenty weeks atop the chart. Other hits 1939–1942 included "Sorry", "Kelly Swing", "I'll keep on loving you" and "When You're Smiling". Perhaps his most famous hit was "Truck Drivers' Blues", the first truck driving song. Many of these recordings featured future singer piano star, Moon Mullican, on vocals. Bruner's big band disbanded in the 1950s. However, Bruner continued to play music and his trio appeared in the Sally Field movie Places in the Heart (1984). He had also been given recognition when the revival of western swing came about in the 1970s. Bruner died of cancer in August 2000. Read more on Last.fm. User-contributed text is available under the Creative Commons By-SA License; additional terms may apply.