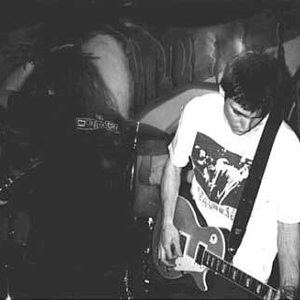 1. Current was an emo band from Dearborn, Michigan. They formed in the summer of 1992 and their members were Matt Weeks, Andy Albus, Derek Brosch, and Justin LaBo. During their brief existence, Current released two seven-inch records, split seven-inch records with the bands Indian Summer and Chino Horde, one full-length LP, and went on two tours of the US. They broke up in 1994, and a posthumous discography CD was released in 1998. All of Current's members were also in the band Ottawa. Vocalist Matt Weeks was later in the band Nema and later Chicago-based band Calvary. Derek Brosch went on to play in Broken Hearts Are Blue. Justin LaBo has released several solo records as Technicolor and later joined San Francisco-based Film School 2. Current is ambient chill electro techno minimal project by by Robert Solheim, a self-taught musician, composer and dreamer since forever. Born on a small island on the west coast of Norway, he grew up between the sea, the mountains and the music. Not quite sure what instrument to play he started out learning the organ, then played drums in a band for a while and eventually fell in love with a synthesizer called Jupiter 8, moved into the world of electronics, and started to paint his own musical landscapes. 3. Current were also a mid 70s studio group who released one charted single on Billboard's Hot 100 chart in 1977 with their dance version of the Theme From Rocky, which peaked at #94. Coincidently, Rhythm Heritage , whose Theme From S.W.A.T. was a #1 hit, also peaked at #94 with their take on the Theme From Rocky that same year. Current's version was released on Playboy Records, produced by Joe Saraceno, arranged by Ben Benay, and engineered by Brian Friedman. Read more on Last.fm. User-contributed text is available under the Creative Commons By-SA License; additional terms may apply.