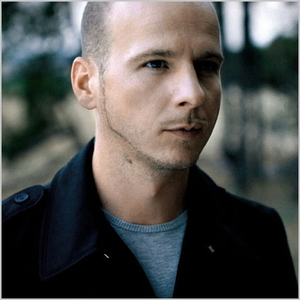 At the age of 13 Bootsie became infatuated with hip hop records. On vacation in Germany he scavenged his first record player from a rubbish pile in a well-heeled neighborhood. He began practicing, trying to figure out how to use the turntable as an instrument to draw melodies and rhythms out of record scratches. In 1995 he formed a group called Arral Szemben (literally "Against the Current") with his pal Benski; he composed the fundamentals of the tunes and Benski came up with the words. In '96 he won the Hungarian DMC Championship with his two friends DJ Quick and DJ Luigi. That same year Against the Current took first place among 110 competitors in the Fila Rap Jam, at that time the only national hip-hop talent contest in Hungary. They subsequently put out their first record on the Underground label, but received a contract from another record producer in '98 with whom they put out their complete recording "the Flood", which was followed in 2000 by their next, "Heavy Water". Critics consider these groundbreaking for the novelty of the arrangements and the social commentary embedded in the lyrics. On several tunes DJ Bootsie provided backup on the Yonderboi album Shallow and Profound, which was released in 2000 and received significant international and domestic acclaim. The album's success was followed by concert invitations in which DJ Bootsie and the Quintett brought the numbers to life on stage in more than 160 concerts from Paris to Moscow, Norway to Portugal. Following the Shallow and Profound tour, DJ Bootsie was one of the founding members of Zagar, based on the music of Balazs Zsager who also played in Yonderboi ..s. The band's 2003 introductory release "Local Broadcast" is considered a classic. Having played over 100 gigs, the band has been touring ever since. Since 2002 DJ Bootsie has been involved in a variety of production work, composing film scores and providing the backbone for other rap performers, and in 2003 he began working on his own album which was completed at the end of 2004. It is called "The Silent Partner" for 2 reasons: Bootsie has always worked behind the scenes in others' musical endeavors, and the album itself is a silent partner of sorts which can escort listeners on a long journey. Set for release in November 2004, the engineering and mix down work on the recording was performed by Gabor Deutsch. The Silent Partner primarily uses classical elements of hip hop and trip hop, as well as giving a starring role to ambient atmospheres and even "Hungarian Cowboy" moods. For the most part the song structures are based upon "disintegrating" sounds. As well as taking Against the Current to the next level, The Silent Partner represents a continuation and Hungarification of rap music from the East Coast of the US. Live on stage, along with his turntables and programming, is rounded out by saxofonist Janos Vazsonyi, guitarist Gergely Kovacs and drummer Tibor Lazar - this is his band, called DJ Bootsie Quartet. Holidays in the shade - the second album Read more on Last.fm. User-contributed text is available under the Creative Commons By-SA License; additional terms may apply.