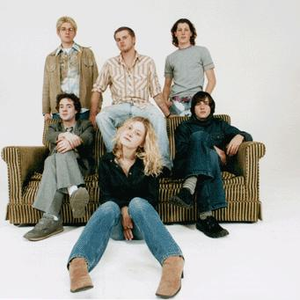 De Novo Dahl is an indie pop group formed in 2001 in Murfreesboro, Tennessee, United States. The band consists of Joel Dahl (vocals, guitar), Serai Zaffiro (omnichord, vocals), Keith Lowen (bass), Matthew "Moose" Hungate (keyboard) and Joey "Mixta Huxtable" Andrews (drums) Drawing on the tones of artists such as David Bowie, Super Furry Animals, The Kinks, Supergrass and many more, De Novo Dahl was created in Nashville's burgeoning rock scene in 2001. After a self-released EP in 2003 the band teamed up with theory 8 records to release their biggest effort to date, a double album entitled Cats & Kittens. The response to Cats & Kittens was overwhelming--first charting at ..60 on the CMJ Top 200 and landing reviews in Spin, Magnet, Pitchforkmedia, CMJ and many online tastemaker sites such as Stereogum, Delusions of Adequacy and Coke Machine Glow. Pitchfork declared, "The net impression left by the two discs of Cats & Kittens is one of a confident, talented band letting its collective imagination run wild, deconstructing it own ideas and recycling them into something new. It's a damn impressive debut overflowing with mostly realized ambition" giving it a 7.5 rating. While supporting the album on the road De Novo Dahl has performed countless festivals and conferences including South By Southwest, CMJ Music Marathon, Midwest Music Summit and Atlantis Music Conference. The band has also shared the stage with numerous acts including TV On The Radio, The Detachment Kit, Wilco, Elf Power, The Impossible Shapes, Juliana Hatfield, Preston School of Industry, Head of Femur, The Joggers, Apollo Sunshine, Archer Pruitt, VHS or Beta, David Meade, The Features, The Natural History, I Am The World Trade Center, International Orange, Feable Weiner, The Paper Lions and even Blues Traveler. After months of touring in support of Cats & Kittens, three of the original members of De Novo Dahl decided to pursue other interests leaving drummer Joey Andrews, singer/guitarist Joel J. Dahl and vocalist/omnichordist Serai Zaffiro with the daunting task of rebuilding their band. Not ready to give up on over 4 years of hard work the three set out to restructure the band and begin writing new material for the remainder of 2005. Read more on Last.fm. User-contributed text is available under the Creative Commons By-SA License; additional terms may apply.