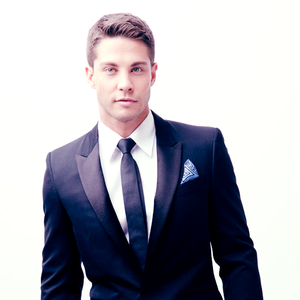 Dean Geyer was born on 20 March 1986 in Johannesburg, South Africa, is the oldest of three children (Jess and Tatum) to parents Debbie and Keith. He moved to Melbourne, Australia, at age 15 leaving most of his family behind. Dean attended Melbourne High School, a select-entry school for boys, finishing his Victorian Certificate of Education from MHS in 2004, but did not pursue higher education. He finished third in the talent contest Australian Idol 2006. In the weeks leading up to the final of Australian Idol 2006, Geyer was selected by both Mark Holden and former Australian Idol judge Ian Dickson as their favourites for winning the competition. In 2006, Geyer secured a recording contract with Sony BMG along with fellow idol, Jessica Mauboy. Dean Geyer signed to the SonyBMG record label in late 2006. The album, "Rush" was recorded in early February, and was released on the 26th of May, ahead of a rumoured national tour. Originally, he was expected to support the Young Divas, but has since confirmed that he will be headlining a number of concerts and making in store appearances for the release of his single. Dean competed in the Celebrity Grand Prix in Melbourne on 15-18 March, 2007, where he played his single live. His debut single has been confirmed to be "If You Don't Mean It". The song which was co written by British songwriter Chris Braide was first released to radio stations in Australia on April 5, 2007, and was released physically on May 5. Dean Geyer's debut album, Rush was released on May 26. On 4 November 2007, it was announced that Dean would be joining the cast of Australian soap opera Neighbours in 2008 as a singer called Ty Harper. It is likely he will play his originals from his next album on the show to launch his album, as did Delta Goodrem in 2002. He previously dated and was engaged to Lisa Marie Origliasso, one of the twins from the Australian band The Veronicas. He joined the cast of the US show Glee in the 4th season as NYADA Junior Brody Weston. Read more on Last.fm. User-contributed text is available under the Creative Commons By-SA License; additional terms may apply.