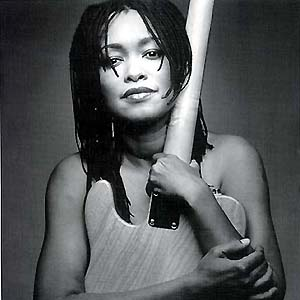 Deborah Coleman (October 3, 1956 - April 12, 2018) was an American blues guitarist, singer and songwriter. Deborah was born in Portsmouth, Virginia and raised in a music-loving military family that lived in San Diego, San Francisco, Bremerton, Washington, and the Chicago area. With her father playing piano, two brothers on guitar, and a sister who plays guitar and keyboards, Deborah felt natural with an instrument in her hands, picking up guitar at age 8. Her work has been favorably compared to Jimi Hendrix and Tracy Chapman and she is known for high energy, charismatic, crowd-pleasing performances. Coleman has become one of the most sought-after blues artists on the scene. Coleman is a highly charismatic stage performer. She stretches out in a live setting and demonstrates both her fluid, warm vocals and her considerable guitar skills. She has played at the top music venues such as North Atlantic Blues Festival 2007, Waterfront Blues Festival 2002, the legendary Monterey Jazz Festival 2001, Ann Arbor Blues and Jazz Festival 2000, Sarasota Blues Festival 1999, the San Francisco Blues Festival 1999, Fountain Blues Festival 1998, just to name a few. Coleman's Blind Pig debut, I Can't Lose (1997), is a powerful album of great ballads and blues stories, and of course, great guitar playing and singing. Her version of Billie Holiday's "Fine and Mellow" got her a lot of airplay on college and public radio stations around the U.S. On Soul Be It (2002), a well-rounded live set by her quartet, there are many highlights, including the rousing opener ("Brick"), the minor-toned blues "My Heart Bleeds Blue," the bluish romp "Don't Lie to Me," and a jump blues, "I Believe." However the most memorable selection is "Goodbye Misery," which has a marathon solo by Coleman that is full of fire and creative ideas. This highly enjoyable set serves as a perfect introduction to the music of Coleman. Followed by What About Love? (2004) and Stop the Game in (2007). Time Bomb (2007) features three women Blues players, Deborah Coleman, Sue Foley and Roxanne Potvin. Time Bomb may not be the appropriate name for this assembly's production because there is no waiting around for the fuse to burn down and the fireworks to start. Right from the opening title track, "Time Bomb", an instrumental where all three women take turns laying down leads, things are beginning to sizzle. For the next nine songs the women spell each other off taking lead vocals and guitar duties of every third song until they come together again on the final track "In The Basement". Deborah Coleman died on April 12, 2018. Read more on Last.fm. User-contributed text is available under the Creative Commons By-SA License; additional terms may apply.