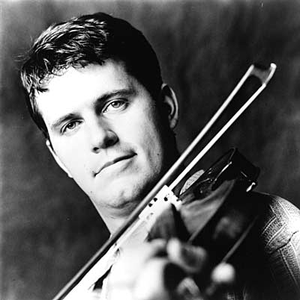 “Dirk’s got great subtlety, tremendous feel, and he’s very loose and very modern, in the best sense of the word.” ---T-Bone Burnett Dirk Powell has expanded on the deeply rooted sounds of his Appalachian heritage to become one of the preeminent traditional American musicians of his generation. In addition to acclaimed releases on Rounder Records, he’s recorded and performed with artists such as Loretta Lynn, playing several instruments on her Grammy-winning release “Van Lear Rose,” Sting, Jack White, Levon Helm, Jewel, T-Bone Burnett, Ralph Stanley, and Linda Ronstadt, among others. His ability to unite the essence of his culture with modern sensibilities has led to work with many of today's greatest film directors, including Anthony Minghella, Spike Lee, Ang Lee, Victor Nuñez, Steve James, and Edward Burns. His live performances of powerful Appalachian music with The Dirk Powell Band have inspired audiences across the globe in a wide variety of venues, including such prestigious settings as the Eastman School of Music and the Interlochen Academy. Dirk selected and arranged traditional Appalachian material for Riverdance: The Show, in which he also performed on fiddle. For the past several years, he has also enjoyed a strong collaboration with Tim O’Brien, resulting in acclaimed recordings such as “Songs From The Mountain,” and performed with his Cajun group Balfa Toujours. In his early teens, Dirk formed a musical bond with his grandfather, James Clarence Hay of Sandy Hook, Kentucky, and discovered a personal resonance with traditions that stretch back to Scots-Irish ancestors who came to the mountains in the middle of the 18th century. Dirk learned banjo and fiddle firsthand in continuation of this line. He was featured as part of “The Great High Mountain Tour,” focusing on his multifaceted involvement with the Academy Award-winning film “Cold Mountain,” for which he acted on screen, arranged traditional material, and served as on-set musical advisor and consultant. Other dramatic films featuring his musical performances include Ang Lee’s “Ride With The Devil,” Spike Lee’s “Bamboozled,” and Edward Burns’ “The Brothers McMullen.” Dirk has scored several documentaries, including the award-winning films “Stranger With a Camera”, “The Unfinished Civil War,” and the upcoming release “Thoughts in the Presence of Fear.” He also appeared in the BBC/RTE documentary series “The Irish Empire” as an expert on the culture of early Scots-Irish immigrants to Appalachia. He recently collaborated on a fusion of Appalachian music and Hip Hop with Richmond producer/rapper Danja Mowf for the film “From the Holler to the Hood,” which looks at tension between guards and inmates in the new maximum-security prisons in Appalachia. Dirk is also a founding member of the Cajun group Balfa Toujours, which he formed with his wife Christine Balfa after her father Dewey passed away in 1992. This internationally touring band records for Rounder Records and has been called “the future of Cajun music” by scholar Barry Ancelet. This statement is more apt than ever, as Dirk and Christine are now raising two beautiful young daughters, Amelia Rose and Sophie Jo. While Dirk has produced recordings for numerous artists around the country, he recently established his own studio in Louisiana, called the Cypress House. In the short history of the studio, Dirk has recorded and/or produced The Red Stick Ramblers, Ginny Hawker and Tracy Schwarz, Steve Riley and the Mamou Playboys, The Wilders, Uncle Earl, April Verch, Richie Stearns, Polecat Creek, Tony Davoren, Corey Ledet, and Tit Salé. In short, Dirk Powell displays a vibrant creative energy that crosses many boundaries while remaining grounded in the rural traditions of his heritage. His formal musical training, deep-running roots, and dedication to self-expression as a necessary part of life combine to make him one of the most important artists in America today. Read more on Last.fm. User-contributed text is available under the Creative Commons By-SA License; additional terms may apply.