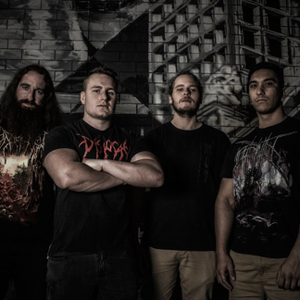 There are two artists with the name Disentomb: 1. An Australian Brutal Death Metal band that formed in late 2009. 2. A Ukrainian Death/Grind band, formed in 2003. 1. Australian Disentomb is a Brutal Death Metal band that formed in early 2009. Playing their debut show in November with The Day Everything Became Nothing (Vic), Defamer and Daemon Foetal Harvest the band has built local, national and international hype with just a release of a two track promo. The 2009 Disentomb Promo is a taste of what the debut album released by Japanese label, Amputated Vein Records, in 2010 will have to offer to the Brutal Death Metal community worldwide. 2. After the release of their second demo CD in 2010, Disentomb started working on their first LP, to be released in early 2012 Read more on Last.fm. User-contributed text is available under the Creative Commons By-SA License; additional terms may apply.