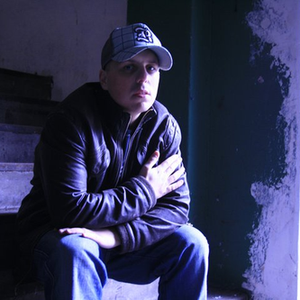 Dr. Rude – Always ready to operate On the 16th of November 1982, it was time for one of the biggest multi-talented DJ’s to check out what it would be like to be on planet Earth. Not having the knowledge that he was about to become one of the true leaders of his generation in harder styles. Dutch Rudi Feenstra’s interest got caught by hiphop: one of his friends was playing the sounds and inspired Rudi to get an own set of two turntables and a mixer. Scratching, cutting and juggling around, Rudi found out that hiphop wasn’t his cup of tea. Instead of heavy basses, downtempo beats and rappers, he learned that he got more enthusiastic about kicks, basslines and filthy synthesizers. He started getting skills in mixing hardstyle, but he was also attracted to houseclassics and early rave. He used the techniques he gathered from his hiphop-background to make his sets more interesting for the audience. After gaining some experience, he entered the contest for the Defqon.1 2004 talent room. He won the talent nights and as a result of his performance, he was allowed to play at the festival. Since that very day, the doctor got a crazy schedule. He got booked for the biggest events around: Audio Attack, Mindcontroller and the legendary event History Of Hardcore, where he featured next to the infamous Dream Team. But this was all just another step towards his future. Because of his rising stardom, he was offered a contract with Masters of Hardcore Bookings, the biggest hardcore agency in the world. His name got even bigger than before, and he managed to rock every crowd. He debuted on Masters of Hardcore in 2005 in front of an insane Hardcore Arena filled with thousands of hardcoreheads, followed by more performances like Defqon.1 2005, Pandemonium and Trip 2 Dreamland – Erotic City. But in 2006, the doctor obtained more operation rooms: he got infected by the jump-virus. And although he is a doctor, he couldn’t find a cure for his disease. He even let his mind go and started to produce records, followed by his own label: Rude Records. Because of his productions like “Musical Mezz”, “Shake That Ass” and “Jump It To Yo”, he got international bookings and the respect of well-known artists in the jump-scene. Rudi released the acclaimed “Jumpin’ Electronics” EP together with Lobotomy Inc. on his own label, and got several enquiries for remixes. This resulted in releases on some of the hottest labels around like Babaruom Records, Jump It, Kozmik Records and Zoo Records and remixes for artists like Chicago Zone, Ronald V and DJ Isaac. Nowadays, Rudi is in big demand in France and Belgium, where the Dutch star profiled himself as ons of the biggest DJ’s from Holland. The combination of these diverse styles makes Dr. Rude one of the most versatile DJ’s in the Benelux. The Dutch crowd is mad about his oldschool, early rave and present hardcore-sets, but abroad they are also loving his French tek and Belgian beats-sounds. To make this very thing clear: you can’t put this man in boxes. He manages to rock every party: beatmatching, scratching and becoming one with the audience makes this DJ the right man on every place. Always ready to cure a party that is about to become a flatliner, or just making you feel even more better: Dr. Rude is the answer to all your enquiries. But beware: a longlasting treatment could cause some serious fatigue problems, since you can’t stand still on his beats. You have been warned… Dr. Rude is a partycrasher! Read more on Last.fm. User-contributed text is available under the Creative Commons By-SA License; additional terms may apply.