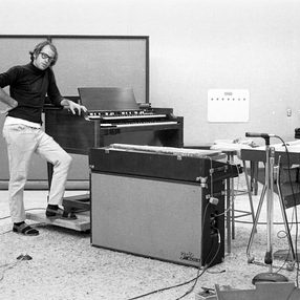 There are multiple artists named Dragons. 1) DRAGONS are an electronically influenced duo consisting of Anthony Tombling Jnr and David Francolini. Formed last year in Bristol, from the ashes of Francolini’s former bands Levitation (Rough Trade, Chrysalis etc) and Dark Star (EMI) it showcases a darkly-veiled underworld with haunting vocals and addictive melodies. "Every now and then, a record comes along that takes your breath away on the very first listen. Here are the roses, the debut LP from the enigmatic electronic rock duo Dragons, is one of these records. This is a work of unapologetic melodrama and self-possession, a serious statement of intent that imprints itself indelibly on the soul. Lyrically, the songs are devastating in their bleakness. They come steeped in sepulchral gloom, conjuring disorienting images of graphite skies, monochrome city streets and isolated figures languishing in the shadows. Where is the love? a work of sombre, sinister beauty, is the stuff of gothic nightmares while the eponymous opener (“I’m sitting half naked/my heart racing/my soul long dead”) is a heartfelt paean to alienation, even if it concludes on a more hopeful note. Singer Anthony Tombling Jnr sounds like the weight of the world rests exclusively on his shoulders while David Francolini’s drumming conjures an atmosphere of ferocious, slow-burning intensity. The tension reaches boiling point in Lonely tonight, searing with the suggestion of a relationship gone bad. If all this sounds like an unlikely formula for a pop record that’s because it is. But it is Tombling Jnr and Francolini’s willingness to engage with the darker side of human experience that gives their music urgency and depth, rather than weighing it down with emotional baggage. In an era of bland musical commercialism, Dragons arrive like a breath of fresh air in a sticky sauna. Here are the roses is a tremendous record – visceral yet captivating, experimental yet full of heart. Listen to it. You won’t hear anything else like it.".. Fiona Sturges . 2) The Dragons were not from China. They were French, and the band was a prank played on music journalists. While it is true that punk rock, within a few years of 1977, had spread to every western, and many an eastern, European country, as well as the Philippines, Japan, Tunisia, South Africa, Israel, Brazil, Mexico, Argentina, and elsewhere, there is no evidence that it existed in China in 1982. Rather, a French punker and a couple of Chinese immigrants living in Paris who understood the power of the pisstake sent out a press release accompanying their album, “Parfums de la revolution,” discussing their goals, such as, “To subvert the National economy by trying to boost the consumption of superfluous goods which in the long term would increase their own marketable value.” Admirable, indeed, but how could anyone think it was serious? Perhaps because Dragons fit punk stereotypes that papers like NME loved to hate when they said things like, “We make noise. The more noise we make, the happier I am.” They seemed to be a confirmation that punk rock’s tone-deaf idealism and naïveté could be translated into a mysterious language and smuggled across closed borders. Or was it actually the music press itself that was idealistic and naïve? In addition to the LP, Dragons released a split single with a punk band—actually an amalgamation of two bands, Deadlock and Kryzys—from Poland, far behind the Iron Curtain. That recording was an authentic illicit expression of revolutionary ideas, which Dragons parodied. In some repressive regimes, punk rock’s emergence was a precursor to glasnost, circulated then, as punk was, on samizdat cassettes, but recognition of this achievement is still precluded by the belief, to quote another review on American hardcore in the same feature, that the music was “aesthetically repressed”—as if the police cared! In the end, it is true that the Dragons’ version of “Anarchy in the UK” is a cover, and a rather inspired one at that. It is also apparently true that the “dim glow of a legitimate grievance aired with the excitement of a toothache” continues to be relevant today as the music press remains credulous—or should I say gullible?—when it comes to the exotic, especially if it seems to confirm preconceived notions about the local. Read more on Last.fm. User-contributed text is available under the Creative Commons By-SA License; additional terms may apply.