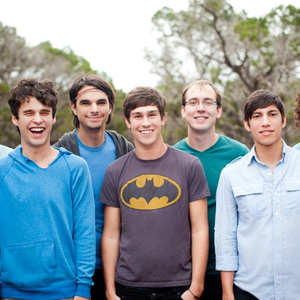 Three years after the release of their successful debut full length album Chase the White Whale, Driver Friendly knew something had to change. The music industry was shifting, their lives were headed in separate directions, and the future of the band was in question. The band was at a crossroads: call it quits after nine years of making music together or do something drastic. The answer was a retreat to a cabin in the Appalachian Mountains, a place where they could create without distractions or limitations, a place where they promised they wouldn’t leave until they had a new album ready to be recorded. With the help of an avid, loyal fanbase, Kickstarter, and producer Jim Vollentine, they raised the funds necessary to record and release their newest album Bury a Dream. The 11 new songs on the record replicate the high-energy and soaring, melodic hooks of past releases, but also reflect a bold evolution in the band’s songwriting capabilities. The title, at first reading, may appear ominous, predicting the end of something great. Yet it merely hides the full lyric: “Bury a dream, watch it grow;" declaring that dreams can die, but sometimes they must pass away in order to grow into something entirely new and beautiful. Driver Friendly is a band reborn with a new found sense of urgency to get their music to as many ears as possible. Look for the international release of the album April, 24, 2012. Read more on Last.fm. User-contributed text is available under the Creative Commons By-SA License; additional terms may apply.