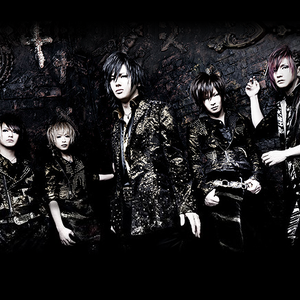 DuelJewel is a visual rock band from Japan formed in January of 1997 by guitarist Shun, drummer VAL and the now former members bassist Psy and a vocalist hayato. Despite changes in their line-up early in their career, the band has established a strong fanbase in both their home country and abroad. A focal point to DuelJewel's music is its diversity, from their heart wrenching ballads to their hard rock tunes, every member contributes to the band's overall sound to create at least one song that everyone should love. Since 2002 the band's line-up has remained consistent with Hayato [隼人] on vocals, Shun and Yuya [祐弥] on guitars, Natsuki on bass, and VAL on drums. After releasing two albums "Lapidary" and "Noah" the band released their first music video for Never Blue [ネバーブルー] from the 2003 single "Vermillion". During May 2002 DuelJewel performed their first overseas show in America at the dallas convention centre, over 2003 and 2004 they continued to perform at conventions across America, their most recent overseas performance was in 2007 at JRock Revolution in California. After being signed to several labels during their early years the band released their first major release under universal entitled "es" in 2007. This release was then followed by their first full length album in 6 years "BULLET" that was released 12.12.2007 under Sword Records. After releasing another album "GLASSFIA" (2008) and a recording compilation "REVIVE" (2009) the band decided to cancel their contract with universal because they felt that the label were holding them back, in 2010 the artist formed their own label "Drop C# Records" the first release under this label was [ZERO] which was released 22.09.2010. In August 2010, DuelJewel was signed in Europe by Gan-shin Records, and released an exclusive album entitled "WE WILL MELT YOU" in Europe on September 10, 2010. Official Site: http://www.dueljewel.jp Read more on Last.fm. User-contributed text is available under the Creative Commons By-SA License; additional terms may apply.