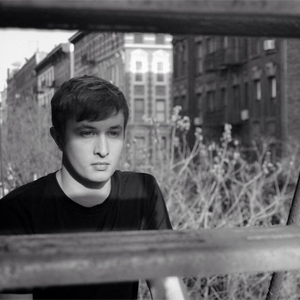 Dylan Owen is an 19-year-old independent hip-hop artist based out of Orange County, NY. His story reads similar to many indie-rappers', as he began freestyling in middle school and after building a name for himself through battling, started writing songs. Dylan's subject matter ranges widely, from examining his small-town complex to the joys and troubles of being young to the purpose of concepts such as age and time. It carries many recurring motifs, symbols, and teenage imagery, and while it may largely reflect the writer within the artist, his music is relatable and catchy. Early in high school, Dylan began composing his own solo work and recording with jazz producer Devin Arne, writing with an acoustic-rap duo "Pros and Converse," and building his identity within the local indie-music scene. These pursuits carried over into the release of his debut EP with Devin Arne in 2008, A Living Inverse EP. In the summer of 2009, Dylan released his second project with Devin Arne, How to Stay Young EP, which Dylan co-produced after learning guitar and slight piano. While his first EP reflects a troubled, abstracted view on life, How To Stay Young is a more optimistic and hopeful record, and has garnered much more public attention. Now in summer 2010, Dylan is releasing his first full-length album, entitled Senioritis. It is his biggest release to date, featuring popular guest artists such as Mac Lethal, Symmetry, DJ Prime, Jesse Denaro, and A-Game. It is available on iTunes, Cdbaby, Amazon, Napster, and elsewhere (and of course, at shows) as of July 3rd. Simultaneous with the release of How To Stay Young, Dylan started performing in the area, beginning with coffee shops and dim-lit cafes and progressing to regional venues such as The Chance and Crocodile Rock Cafe in Allentown, PA. Dylan has successfully spread himself throughout the regional area and is currently rapidly growing in both circumference and style. In the fall of 2009, Dylan opened a show for Asher Roth in Pennsylvania. In 2010, he returned to Pennsylvania to open a show for American Idol finalist Elliott Yamin. Through winning the "Break Contest" (a series of battle-of-the-bands at The Chance in Poughkeepsie over the course of five months) Dylan earned a spot on the Bamboozle 2010 lineup, performing on the Lincstar B-Boy Stage before Grieves, Sam Adams, Spose, Wiz Khalifa, Wale, and more. Upcoming future shows include a Senioritis cd release party (July 3rd, Sounds Asylum), a local show with Sam Adams (July 15th, The Chance), and Dylan's first NYC show with Sam Adams (July 17th, Gramercy Theater). Dylan is performing as frequently as possible (much thanks to booking helper Ralph Garcia, myspace.com/evazan) and has received much praise on his energetic live performances with his usual-backing DJ Intelligent Design. Catch him locally at venues such as Tuscan Cafe, Sounds Aslyum, and The Chance. Request him to play (if you know of a venue, just holla') your venue, party, or gathering. Read more on Last.fm. User-contributed text is available under the Creative Commons By-SA License; additional terms may apply.