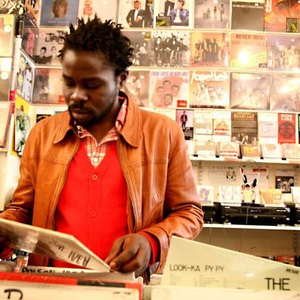 Féfé (also known as Fe² or Feniski, born Samuël Adebiyi) is a French rapper and singer of Nigerian origins born in 1976 at Noisy-le-Sec in France. A former member of rap groups OFX and Saïan Supa Crew, he released his first solo album, entitled Jeune à la retraite, October 12, 2009. In May 2010, he sang the French version of "Wavin' Flag", the Coca-Cola anthem of the World Cup, with K'Naan. www.fefe-lesite.com Read more on Last.fm. User-contributed text is available under the Creative Commons By-SA License; additional terms may apply.