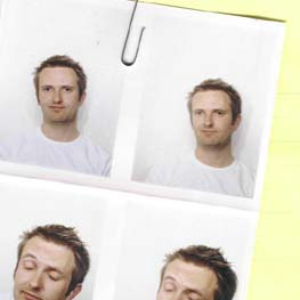 As they say in Holland ‘Good things arrive fast’. FLORiS arrived very fast. The musician and producer from Amsterdam surprised everyone when he presented his very strong debut album. With his second album ‘Drunk On Life’ FLORiS underlines his talent for fusing catchy melodies, down-tempo electronics, exciting soundscapes, deep grooves, striking beats, conventional live instruments and atmospheric samples. The result is confronting, heavenly and spacey: Trip-Pop. FLORiS could not have found a better place for his studio: at home. There, on the second floor of his apartment in Amsterdam-West, FLORiS freaked till break of dawn with analogue synthesizers and samples, he experimented with recording techniques, and gradually he developed his own, unique sound. In 2002 Floris Klinkert (1976) made an overwhelming entrée with his (nameless) dream debut. An album filled with clear produced, warm jazzy soul tracks and original instrumental listening pearls. Cheering reviews, an Essent Award, various shows on notorious festivals and support by Gilles Peterson (in his 'All Winners chart for 2002' FLORiS was positioned at #28) were the result. While his first album was built on samples Drunk On Life has a more spontaneous, deeper, songlike approach. “Most of the songs sprung by recording demos and by experiments in the studio with vocalist Carmen van den Brakel. She improvised melody lines on the beats and chords I wrote. We came up with the most beautiful ideas, which has been a great inspiration for me. The song Depending On You is a cooperation with Ralph Mulder, lead-singer of the band Alamo Race Track. Other songs like, All Is Not Lost, Day After and Startup are written by myself” thus FLORiS. Drunk On Life is a typical FLORiS record: a wide sound interlarded with adventurous rhythms and inventive electronic accents, combined with the warm, soulful vocals of Dèdre and Carmen. It is obvious that Drunk On Life is part of a greater journey. FLORiS thinks of every record as a step forward towards his own sound. “Personally, it was clear to me that eventually I would create ‘songs’. I am very song-orientated. My record collection is filled with alternative music, soul and triphop (Jeff Buckley, Massive Attack, Portishead, Goldfrapp, Radiohead, Curtis Mayfield, Stevie Wonder, Miles Davis) and you can hear these influences on this album. Drunk On Life has this pop-feel, a bit like alternative triphop. You can call it trip-pop.” Drunk on Life was a 2-year process. FLORiS recorded all tracks at home with heavy use of his analogue synths. “A lot of sounds come from my Korg-synthezisers. Everything else you hear is recorded live. Many recording sessions for strings and drums (in my living room!), keys, sax, bass and guitar took place. The use of samples was limited for this album”. Those who would like to experience FLORiS, must see his live band (7 musicians)! They already performed at festivals like Dance Valley, World Port Jazz, Amsterdam’s Seven Bridges Festival, Noorderslag and Lowlands. “Live on stage we musically continue where the album ends. Where my debut album was fit for jazz-oriented solos, now our objective is to bring the audience the sound and feel of Drunk On Life live. The electronic beat stays, pumping and forward. FLORiS is a mixture of listening and dancing”. Finally, the meaningful title Drunk On Life. “That is a phrase Carmen shouted out in the studio. Immediately, I thought it was a great title for a song and a perfect title for my album. It covers the complete sound and feel of Drunk On Life: a beautiful, positive image”. Read more on Last.fm. User-contributed text is available under the Creative Commons By-SA License; additional terms may apply.