For All I Am 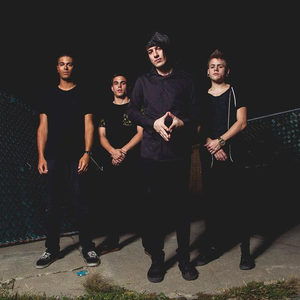 For All I Am are a post-hardcore/metalcore band from Illinois, originally known as "I, Artificial". They are signed to Equal Vision Records. They released an EP called 'Lone Wolf' in 2011. Their debut LP 'Skinwalker' was released on January 22, 2013. Their sophomore album 'No Home' was released on October 14, 2014. The band haven't changed their sound much. However, their second album sounds to be heavier and a bit more chaotic than their initial releases. Members: Aria Yavarinejad - Vocals Mario Roche - Bass Chase Wagster - Guitar/Vocals Tom Crisp - Guitar Aaron Martinez - Drums http://www.facebook.com/FAIABAND http://itunes.apple.com/us/album/lone-wolf-ep/id477721018 https://itunes.apple.com/us/album/skinwalker/id586300205 Read more on Last.fm. User-contributed text is available under the Creative Commons By-SA License; additional terms may apply.