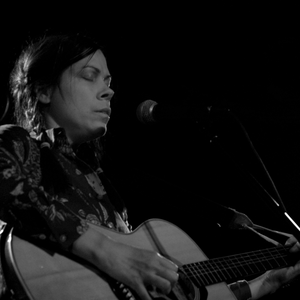 Fursaxa is Tara Burke. Formerly a member of the Siltbreeze band Un, Tara started her Fursaxa project in 1999 after Un disbanded. After being a long time resident of Philadelphia, Pennsylvania Tara decided to leave the "city of brotherly love" for the touring life. So from April 2005-April 2006 she toured extensively throughout the UK, the USA, and Europe with friends and fellow musicians Jack Rose, Sharron Kraus, Alexander Tucker, Christina Carter, Marcia Bassett, and Spires That in the Sunset Rise, to name a few. For her live performances she uses mostly looped vocals, flutes, and percussion, a Casio keyboard, guitar, and mandolin, in an attempt to transport her audience into the ethereal realms. On her forthcoming album "Alone in the Dark Wood" she employs a myriad of instruments such as mandolin, guitar, violin, banjo, balalaika, organ, bells,, flute, percussion, and voice. This album was recorded and mixed in Finland and Pennsylvania. Tara has recently been collaborating with several other musicians. Currently she is in Anahita (with Espers member Helena Espvall), Tau Emerald (with Sharron Kraus), and Sepviva Bells (with Grant Acker). In September of 2006 Fursaxa was part of "The Valerie Project", which is a live soundtrack for the 1970 Czech film "Valerie and Her Week of Wonders". Currently, Fursaxa is playing and recording her music in the rural hills of Pennsylvania. Read more on Last.fm. User-contributed text is available under the Creative Commons By-SA License; additional terms may apply.