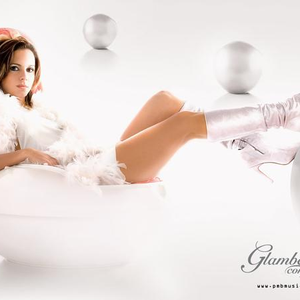 The group composed of Anekka (one of the sensual voices from the Bossa n’ Stones live show) and the talented duo Sixth Finger (musicians, producers and composers, Morgan Bianco and G-Spliff) have become a key player on the global electronic scene, due to the major task they have taken on of renewing the sounds of house music. They debuted in 2005 with the single Fantasy/Take My Soul (which can be found on the compilations FTV Beach and The Glam Sessions) and got the attention of listeners around the world, as they hit the charts in France, Japan, the United States and Russia. In 2006 they rolled the dice again and released a second single Miracle/Everything I Have (Space Mix), included in the triple album FTV New Season, which made them even more popular. Not only that, but the producer Miko Jackson also waved his magic wand at them and asked them to participate in his successful electrobossa series. To date they have provided a unique version of She’s So Cold for the second Bossa n’ Stones album as well as You Could Be Mine on Bossa n’Roses, which was also released as a single. In 2007 after an intense year of work in the studio, here comes Sunlight Kisses, the group’s much awaited debut album, where they bestow a special subtlety upon traditional house music, infusing them with pop melodies, psychedelic touches and bits of soul, dub, latin house, gospel in the company of jazz notes, waves of rock and overall lots of glamour and positive energy. Glambeats Corp. possesses a unique sound that is intelligent and original, with songs that get into your head and stay there, without losing any of their original elegance. It is one of the most attractive records available in the world of pop, house and rock today. Read more on Last.fm. User-contributed text is available under the Creative Commons By-SA License; additional terms may apply.