God Is My Co-Pilot 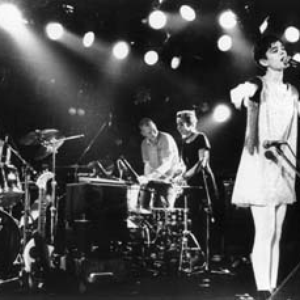 God Is My Co-Pilot is a queercore band from New York City that has been recording and playing since 1991. Their music has been variously described as experimental, noise rock, hardcore punk and avant jazz. Stay Free zine said of the music, "We hear a new sound, 'free punk' we'll call it." The band themselves disliked that phrase, preferring not to classify their music at all. The two main members are Sharon Topper, vocalist, and Craig Flanagin, guitar. The band is often joined by guest musicians such as John Zorn, Jad Fair, and many others. Members have included Fly on high-end bass, Daria Klotz on low-end bass and Fredrik Haake on drums. They have toured and played with bands such as Melt-Banana, a noise rock group from Japan. The band's lyrics frequently address themes of sexuality and gender. The band states, "...We're co-opting rock, the language of sexism, to address gender identity on its own terms of complexity...", in their song "We Signify". They occasionally sing in languages other than English; some of their output has been in French, Yiddish, German and Finnish, among others.They are extremely prolific and have released many recordings, all on independent record labels. In 1993 alone, GodCo issued nearly ten separate releases, in a variety of formats (the full-length live CD Tight Like Fist, the EP When This You See Remember Me, and the cassette-only What Doctors Don't Tell You) on a string of different labels (including Knitting Factory Works, Dark Beloved Cloud and Shrimper, respectively). In 1994, their long affiliation with John Zorn's Jewish Culture Series resulted in the release of Mir Shlufn Nisht, a straightforward collection of traditional Hebrew and Yiddish songs; in keeping with the Orthodox directive that the word "God" not be written down, the group even altered their name to read G-d Is My Co-Pilot. By 1995, along with usual flurry of new releases, they also began collecting early singles and EPs with the two-volume set The History of Music; other notable subsequent releases included 1995's Puss 02, 1996's The Best of God Is My Co-Pilot and 1997's Excuse Me, Don't Squeeze Me, a collaboration with Melt-Banana. Get Busy followed in 1998. Read more on Last.fm. User-contributed text is available under the Creative Commons By-SA License; additional terms may apply.