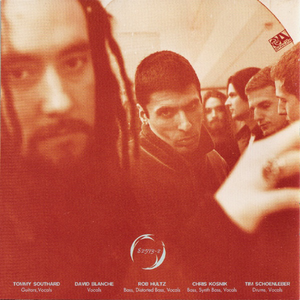 1. A hardcore punk band 2. An alias of Masahiro Aoki 3. An American heavy metal band 4. A punk band from Stockton, California 1) GODSPEED rose from the demise of TURNING POINT and released 6 of the most well structured songs that fall somewhere between emotional hardcore and slower post hardcore tunes. GODSPEED existed for a very short period, played some amazing live shows and parted ways This documents what was done and leaves most wanting more. 2) Masahiro Aoki, a VGM composer who has made several rearrangements, covers and original music (with ViViX, primarily). Some tracks are available on http://www.vivix.info 3) Godspeed were an American heavy metal band formed in 1994. Following the release of their debut (and only) album Ride, produced by Rachel Bolan of Skid Row, the band embarked on two high-profile tours as the opening act for Black Sabbath, Dio, and Cathedral. They also gained attention with an appearance on the Black Sabbath tribute album Nativity in Black, on which they teamed up with Bruce Dickinson to record a cover of the Black Sabbath song Sabbath Bloody Sabbath. Their initial momentum could not be sustained, however, and the band broke up in 1996. 4. Godspeed (209) is a punk band from Stockton, California Read more on Last.fm. User-contributed text is available under the Creative Commons By-SA License; additional terms may apply.